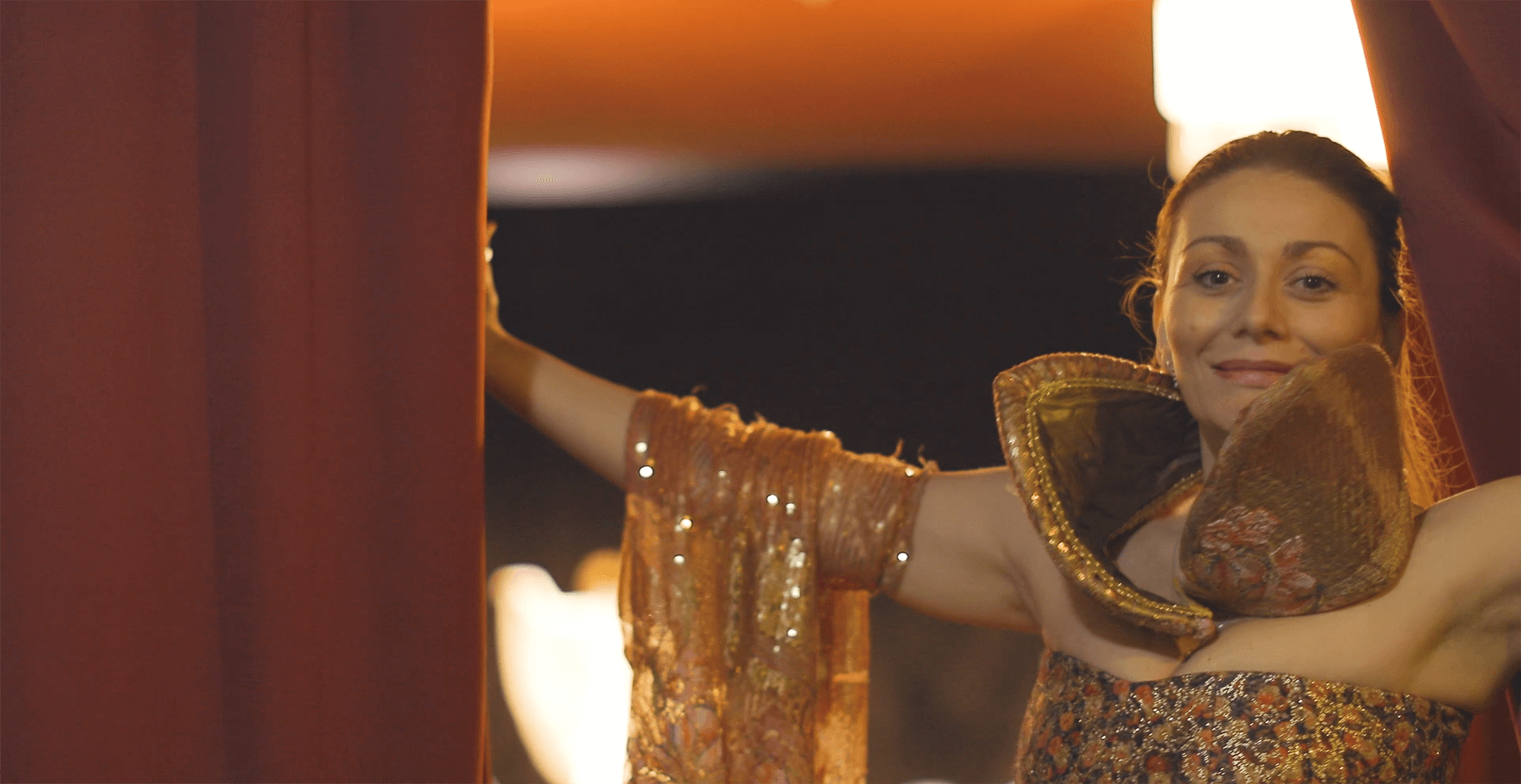 December 7th was an exceptional day, not only for the lucky ones who were be able to attend La Scala Theatre for the Premiere of Puccini’s Tosca directed by Livermore, but also as a moment of cultural and civil responsibility for the prisoners of the San Vittore Prison.

Daughter of a lyric tenor, raised within the walls of the great Milanese theater, the artist hold the Opera close to her heart, having danced many times on the occasion of the La Scala premieres on December 7th.

Her sparkling interpretations are memorable in the divertissement of the Sicilian Vespers, in Verdi’s Aida and as Iphigenia in Gluck’s Aulide.

“I am a true lover of melodrama, in particular of the Puccini Opera, for me the most vibrant and rich in both musical and interpretative nuances, “ says Armiato. “The art relates human events, but it does so with empathy and amplification of feelings, telling a story with a message that speaks to everyone.”

This was a cultural occasion, but above all a civic responsibility, strongly desired by the Director of San Vittore Giacinto Siciliano.

The idea of telling Tosca’s story within the great Milanese prison arose directly from the humanitarian motivation of Elisabetta Armiato, whose Foundation PENSARE oltre developed and disseminates the educational model of Masters of Arts for Childhood.

The Étoile was accompanied by two Masters of Art who collaborated on the project: the soprano Consuelo Gilardoni and the pianist Silvia Leggio, who performed arias from Tosca.

“Living and creating art with real artists is not an experience to be relegated to entertainment or art therapy,” continued Armiato. “It is the condition of life of every human. Art is a feeling and an expression of oneself; something that we do starting early in childhood, and manifested in every significant action we take. Even setting a table can be art. When the ability to create something beautiful burns out in ourselves, then we die inside.”

The famous Puccini Opera takes place for the most part in a prison, where the handsome painter Cavaradossi is imprisoned by the cruel Scarpi, chief of the guards, who wants to subdue and possess Tosca, a beautiful singer and the artist’s lover, in exchange for the freedom of her beloved. Through a series of deceptions, everyone eventually dies.

“I wanted to talk about Tosca to the prisoners, because in my opinion it is a work that reminds us that our destiny is often the consequence of a chain of our own choices. Sometimes we act badly in an attempt to solve a problem, but inevitably sooner or later life takes a toll,” concluded Armiato.

An artistic event that hopefully inspired reflection, critical awareness and the will to change one’s destiny.

This website uses cookies to improve your experience while you navigate through the website. Out of these cookies, the cookies that are categorized as necessary are stored on your browser as they are essential for the working of basic functionalities of the website. We also use third-party cookies that help us analyze and understand how you use this website. These cookies will be stored in your browser only with your consent. You also have the option to opt-out of these cookies. But opting out of some of these cookies may have an effect on your browsing experience.
Necessary Always Enabled
Necessary cookies are absolutely essential for the website to function properly. This category only includes cookies that ensures basic functionalities and security features of the website. These cookies do not store any personal information.
Non-necessary
Any cookies that may not be particularly necessary for the website to function and is used specifically to collect user personal data via analytics, ads, other embedded contents are termed as non-necessary cookies. It is mandatory to procure user consent prior to running these cookies on your website.
SAVE & ACCEPT
No, thank you. I do not want.
100% secure your website.
Powered by